1. Marriage is not a word. It’s a sentence (a life sentence).

2. Marriage is love. Love is blind. Therefore marriage is an institution for the blind.

Koi Toote To Use Sajana Seekho – Inspiring Shayari In Hindi

3. Marriage is an institution in which a man loses his Bachelor’s Degree and the woman gets her masters.

6. Getting married is very much like going to a restaurant with friends. You order what you want, and when you see what the other person has, you wish you had ordered that instead.

8. A happy marriage is a matter of giving and taking; the husband gives and the wife takes.

9. Son: How much does it cost to get married, Dad? Father: I don’t know son, I’m still paying for it.

10. Son: Is it true Dad? I heard that in ancient China, a man doesn’t know his wife until he marries her. Father: That happens everywhere, son, EVERYWHERE!

11. Love is one long sweet dream, and marriage is the alarm clock.

12. They say that when a man holds a woman’s hand before marriage, it is love; after marriage it is self-defence.

14. There was this lover who said that he would go through hell for her. They got married, and now he is going through HELL.

16. When a man steals your wife, there is no better revenge than to let him keep her.

17. Eighty percent of married men cheat in America, the rest cheat in Europe.

18. After marriage, husband and wife become two sides of a coin. They just can’t face each other, but they still stay together.

19. Marriage is man and a woman becomes one. The trouble starts when they try to decide which one.

20. Before marriage, a man yearns for the woman he loves. After the marriage the “Y” becomes silent.

21. I married Miss right; I just didn’t know her first name was Always.

22. it’s not true that married men live longer than single men, it only seems longer.

23. Losing a wife can be hard. In my case, it was almost impossible.

24. A man was complaining to a friend: I HAD IT ALL-MONEY, A BEAUTIFUL HOUSE, THE LOVE OF A BEAUTIFUL WOMAN, And THEN POW! IT WAS ALL GONE. WHAT HAPPENED, asked his friend. He says MY WIFE FOUND OUT.

25. WIFE: Let’s go out and have some fun tonight. HUSBAND: OK, but if you get home before I do, leave the hallway Lights on.

26. At a cocktail party, one woman said to another: AREN’T YOU WEARING YOUR RING ON THE WRONG FINGER? The other replied, YES, I, AM. I MARRIED THE WRONG MAN.

27. Man is incomplete until he gets married, then he is finished.

28. It doesn’t matter how often a married man changes his job, he still ends up with the same boss.

29. A man inserted an ad in the paper – WIFE WANTED. The next day he received a hundred of letters and they all said the same thing – YOU CAN HAVE MINE.

30. When a man opens the door of his car for his wife, you can be sure of one thing – either the car is new or the wife is! 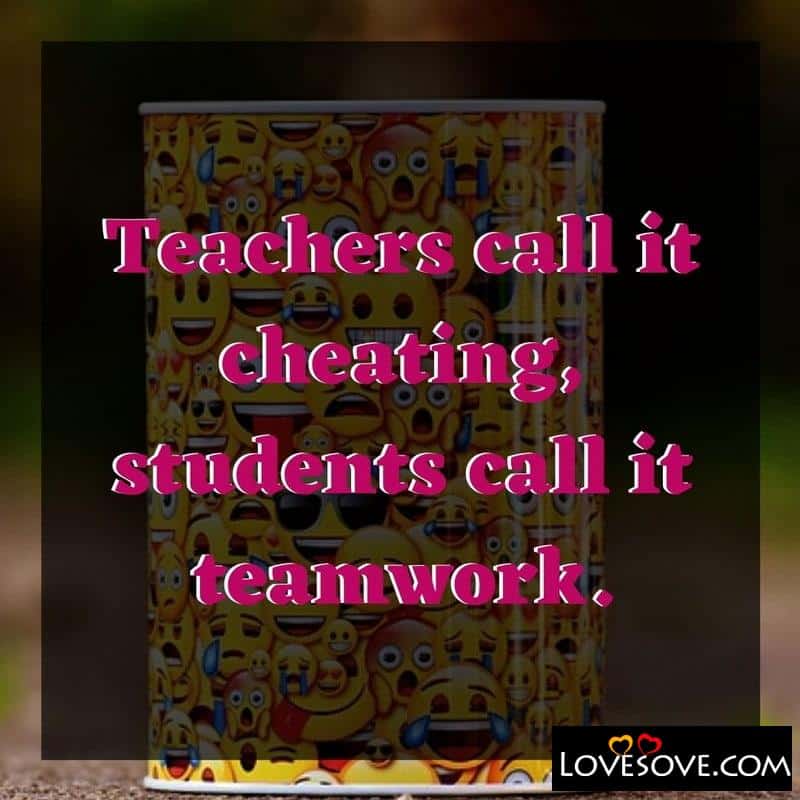 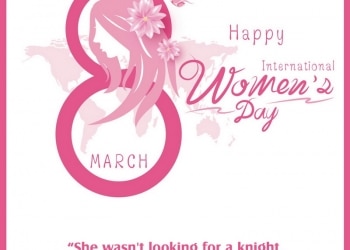 Feel Special Unique On top of the World 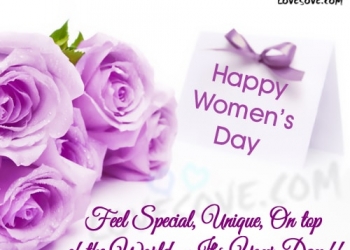 Feel Special, Unique, On top of the World.. It's Your Day!! Happy Women's Day