82:-( BANTA: I have invented a new kind of computer that behaves like humans. SANTA: In what way? BANTA: Whenever it makes a mistake, it blames other computers!

83;-) SANTA: Broken off ur engagement? BANTA: She would not have me. SANTA: Didn’t you tell her about ur rich uncle? BANTA: I did, she is my aunt now!

84:-l Banto took her son to the principal : Sir, he thinks a lot about things but when it comes to work, he does nothing. What should we do for his career? Principal replied : Get him to apply for a job in the planning commission!

85:-D Santa’s daughter was taken to the delivery room. Santa waited outside anxiously. A few min later the nurse came out. Santa rushed to her and inquired : Sister, am I a grandfather or a grandmother?

87:-( Banta and Banto had I bitter quarrel and were yelling at each other. BANTA : What do u think I am? U treat me like a dog. BANTO: I dont look upon u as a dog but for God’s sake stop barking at me!

90:-l On his first trip to NY, Santa was assaulted by 2 muggers. He faught back tooth and nail but was overpowered. They searched his pockets : You fought like that for 50 cents? SANTA : Is that all u wanted? I thought u were after the $400 in my shoe! 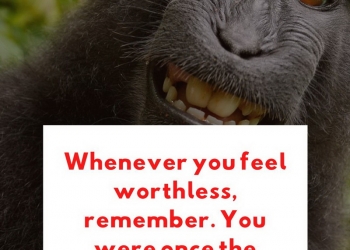 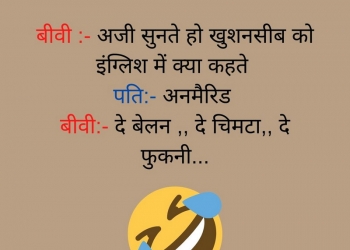