National Unity Day Was Celebrated On 31 October Of Every Year. The Official Statement For National Unity Day By The Home Ministry Of India Cities That The National Unity Day Will Provide An Opportunity To Re-affirm The Inherent Strength And Resilience Of Our Nation To Withstand The Actual And Potential Threats To The Unity, Integrity And Security Of Our Country. The Theme For 2016 Celebrations Was “Integration Of India“. In 2018 The Holiday Was Celebrated In Gujarat With The Dedication Of The Statue Of Unity. It Was Introduced By The Government Of India In 2014. 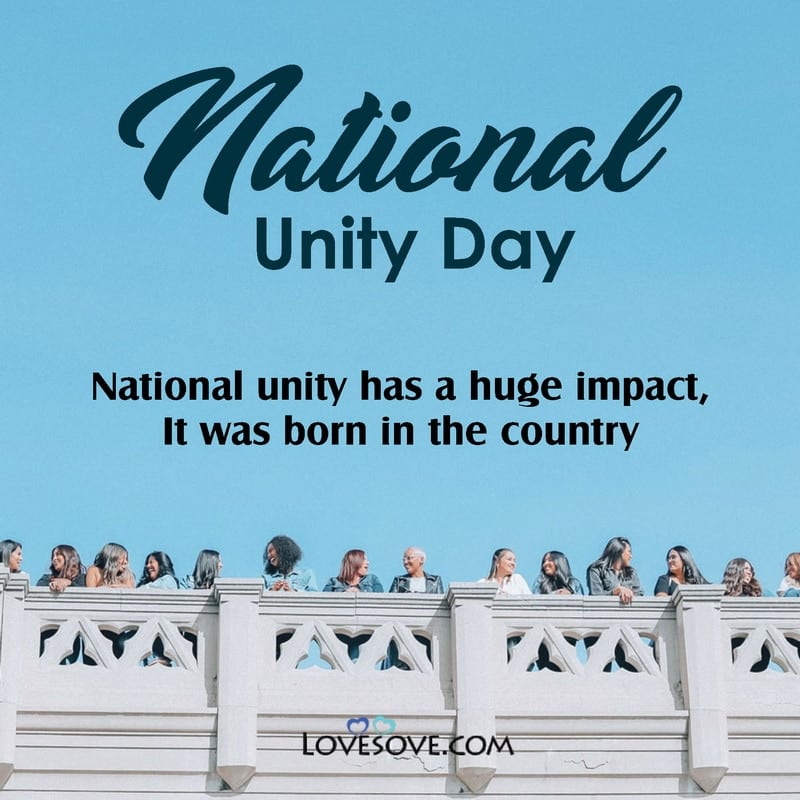 National unity has a huge impact,
It was born in the country .. 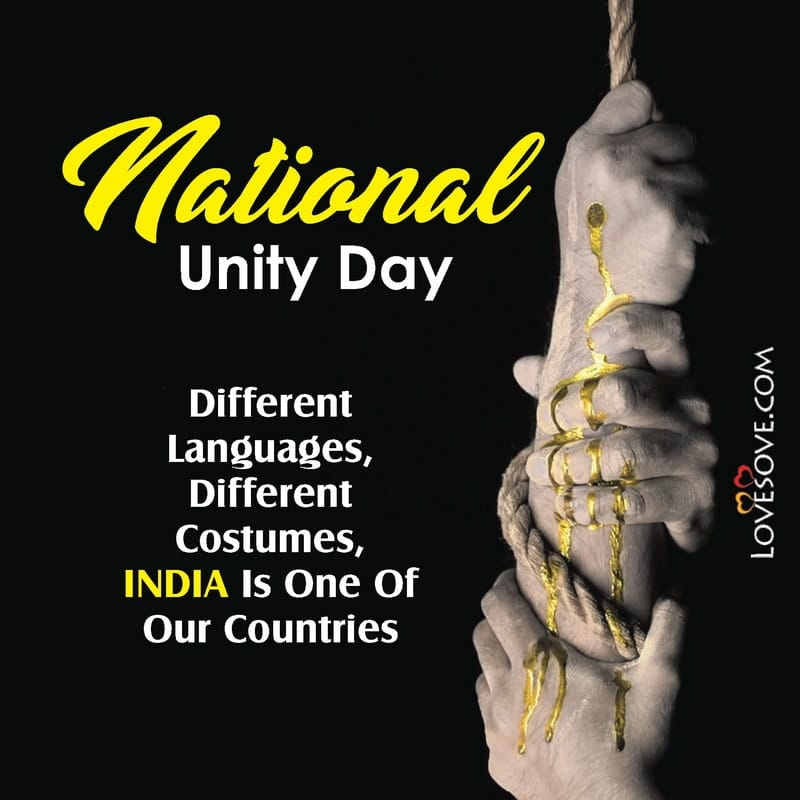 Different languages, different costumes,
India is one of our countries 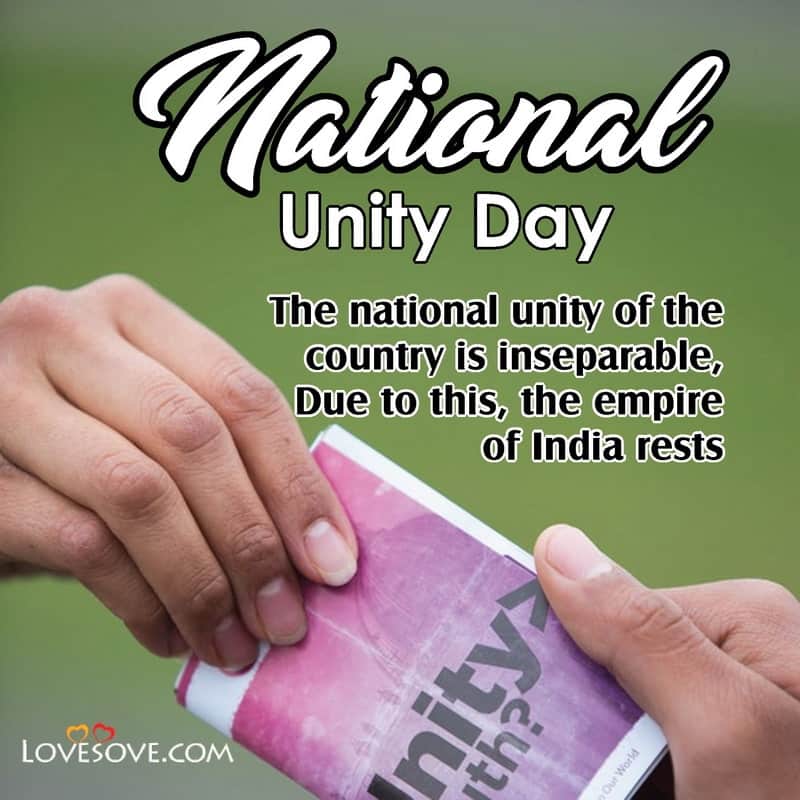 The national unity of the country is inseparable,
Due to this, the empire of India rests .. 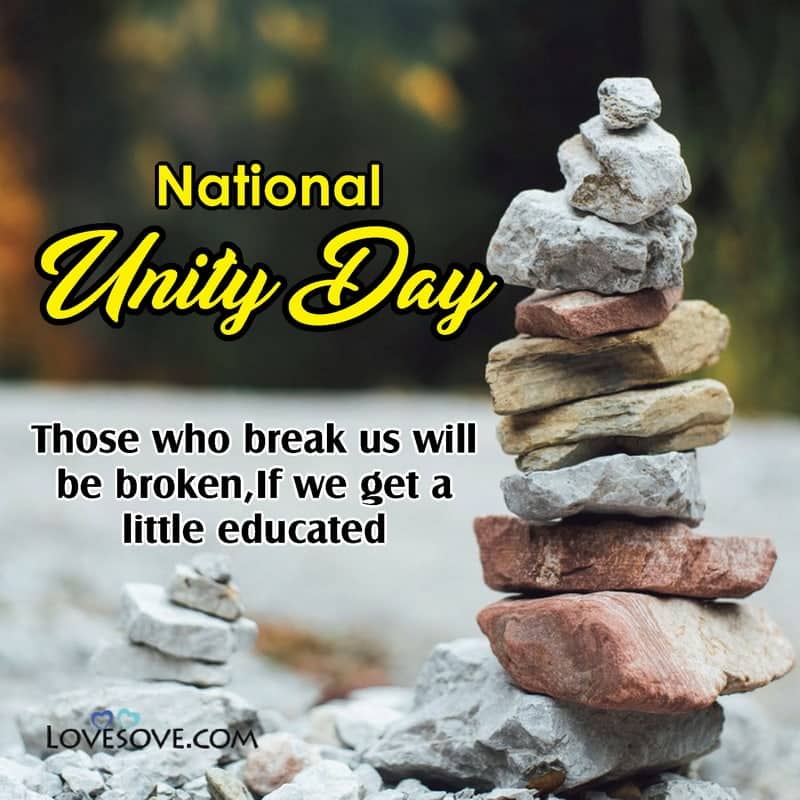 Those who break us will be broken,
If we get a little educated 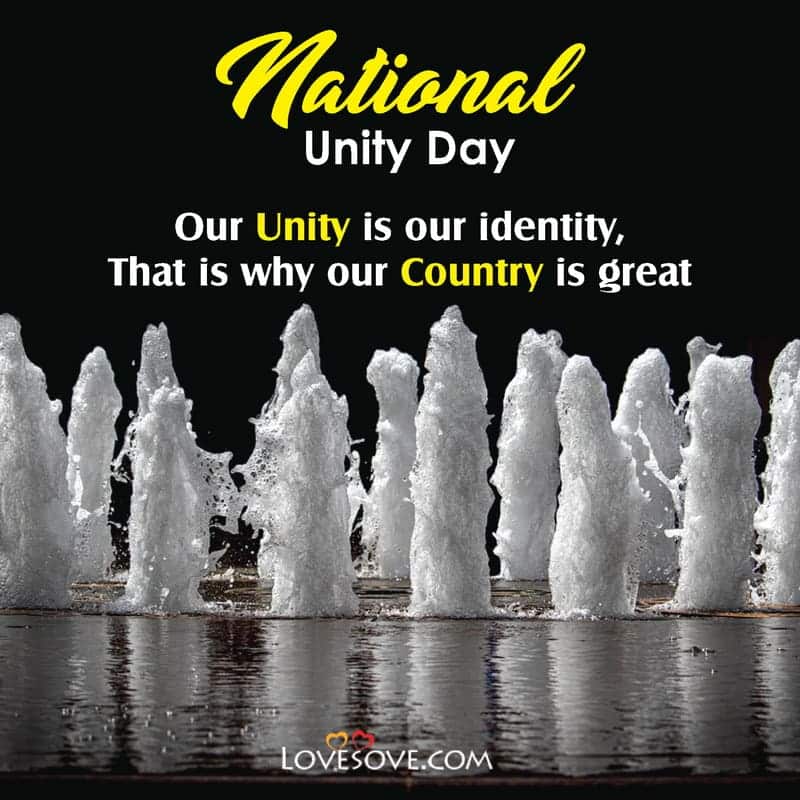 Our unity is our identity,
That is why our country is great .. 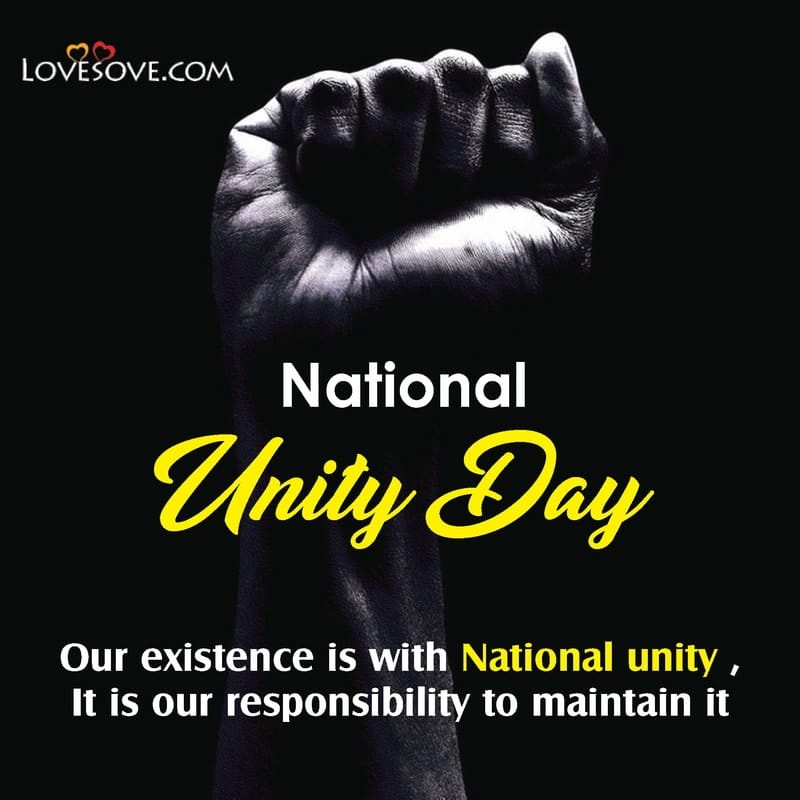 Our existence is with national unity ,
It is our responsibility to maintain it ..

Enemies will not spoil us,
When we all Indians will become one…

Only if we fight for unity, we will make the country flourish

Our flag is not just one of many political points of view. Rather, the flag is a symbol of our national unity.

By common endeavor, we can raise the country to a new greatness, while a lack of unity will expose us to fresh calamities.

Like a sculptor, if necessary, carve a friend out of stone. Realize that your inner sight is blind and try to see a treasure in everyone.

Manpower without unity is not a strength unless it is harmonized and united properly, then it becomes a spiritual power.

Faith is of no evil in absence of strength. Faith and strength, both are essential to accomplish any great work. -Sardar Patel 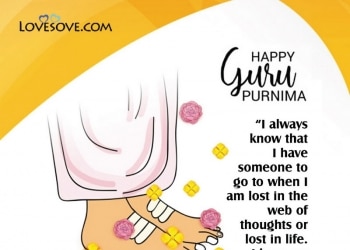