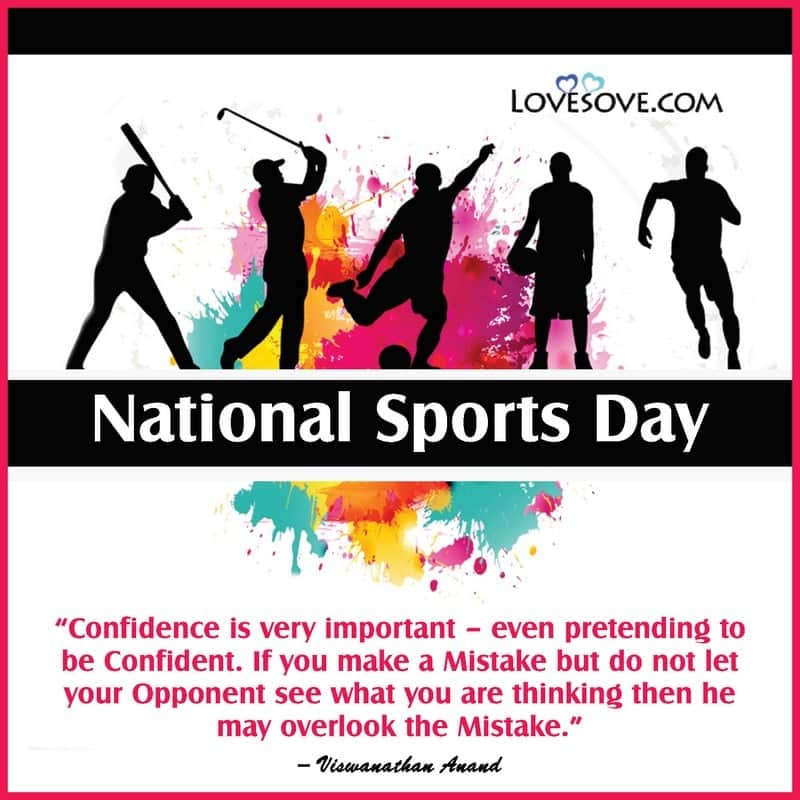 “Confidence is very important – even pretending to be Confident. If you make a Mistake but do not let your Opponent see what you are thinking then he may overlook the Mistake.” Viswanathan Anand. 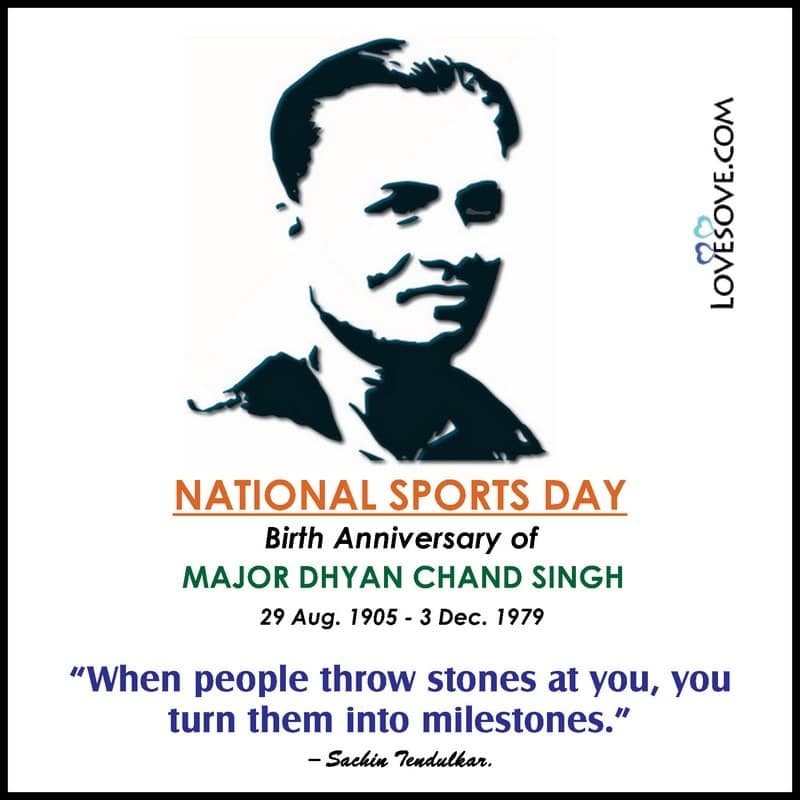 “When people throw stones at you, you turn them into milestones.” – Sachin Tendulkar. 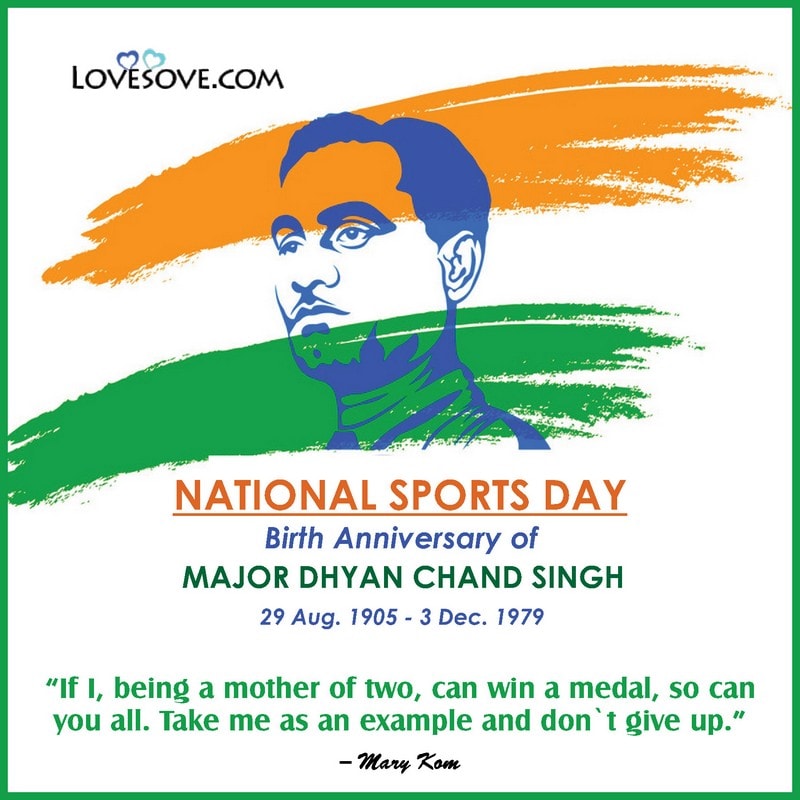 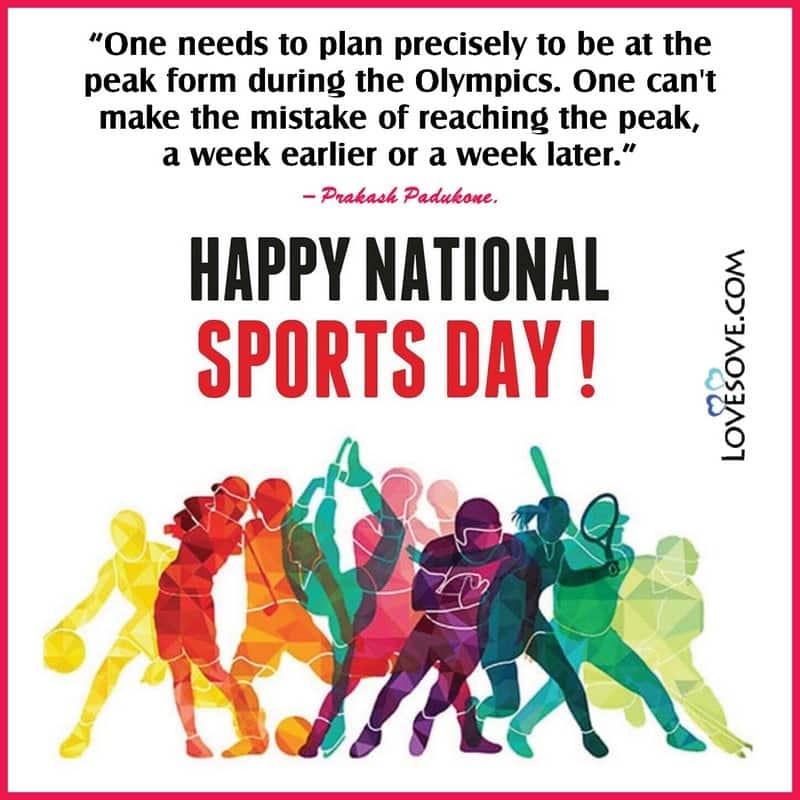 “One needs to plan precisely to be at the peak form during the Olympics. One can’t make the mistake of reaching the peak, a week earlier or a week later.” – Prakash Padukone. 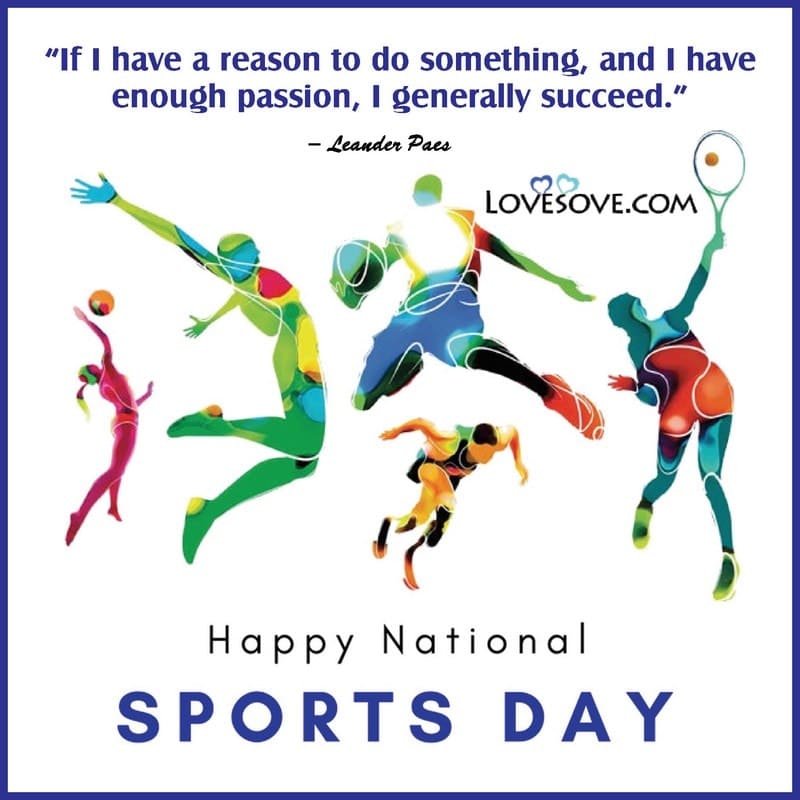 “If I have a reason to do something, and I have enough passion, I generally succeed.” – Leander Paes. 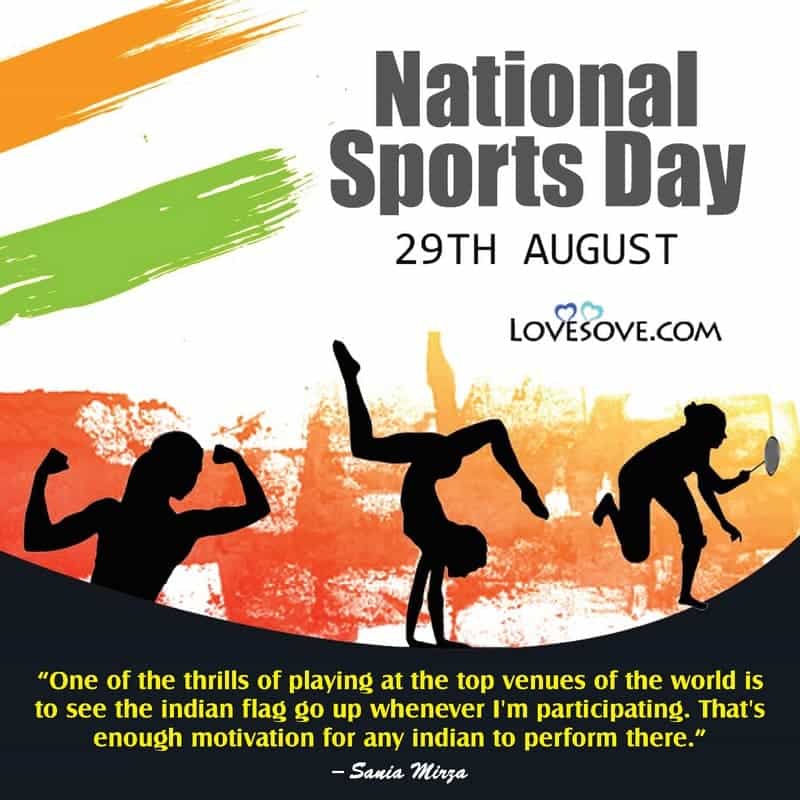 “One of the thrills of playing at the top venues of the world is to see the indian flag go up whenever I’m participating. That’s enough motivation for any indian to perform there.” – Sania Mirza. 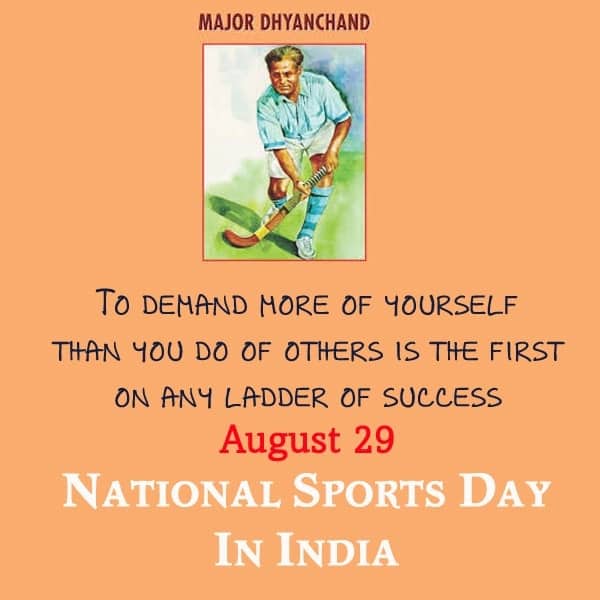 To Demand More Of Yourself Than You Do Of Others
Is The First On Any Ladder Of Success..
August 29
National Sports Day In India 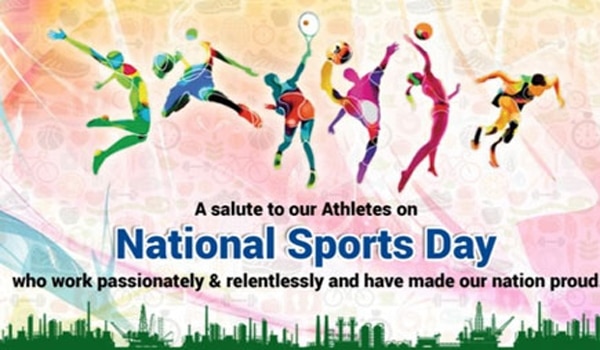 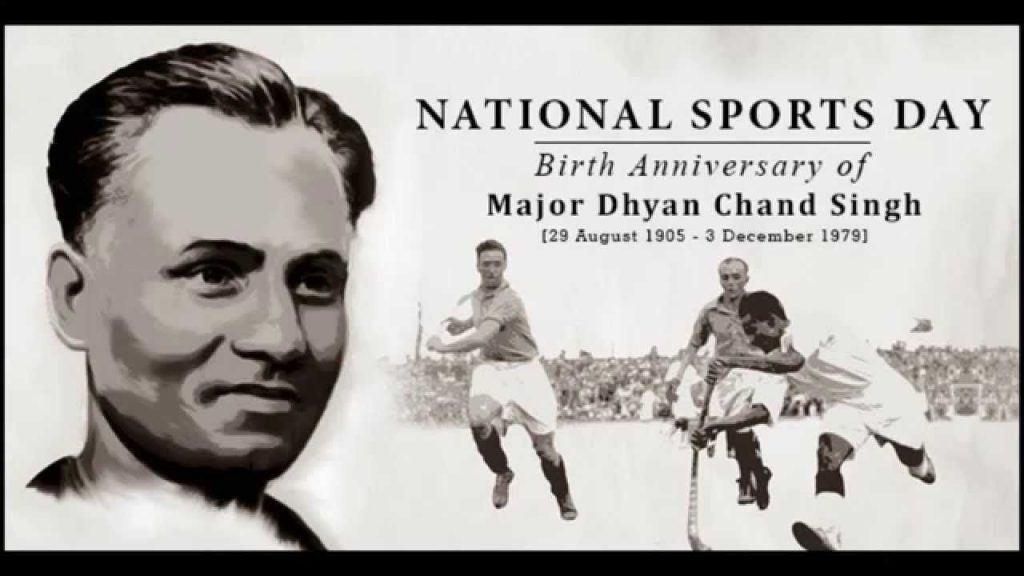 Whatever The Game May Be
Be A Sport!!
This National Sports Day
Awaken The Sports Person In You!
29 August 2022 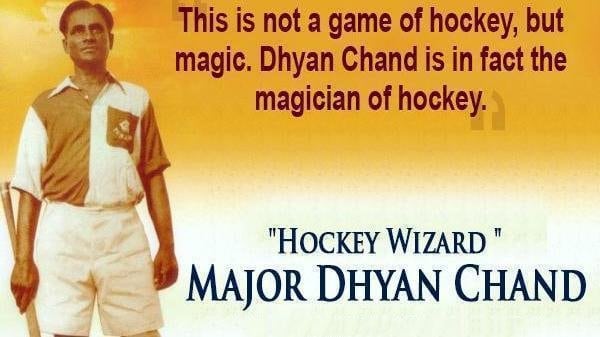 This is not a game of hockey,
but magic. Dhyan Chand is in fact
the magician of hockey.
“HOCKEY WIZARD”
MAJOR DHYAN CHAND 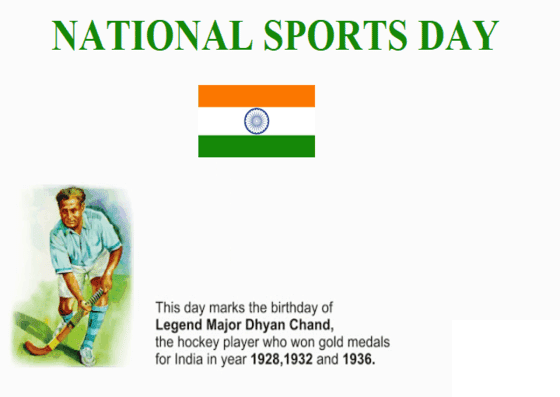 National Sports Day
This Day Marks The Birthday Of Legend Major Dhyan Chand,
The Hockey Player Who Won Gold Medals
For India In Year 1928, 1932 and 1936. 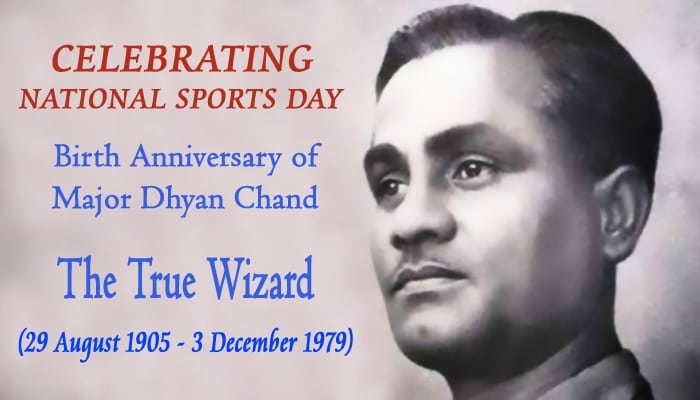 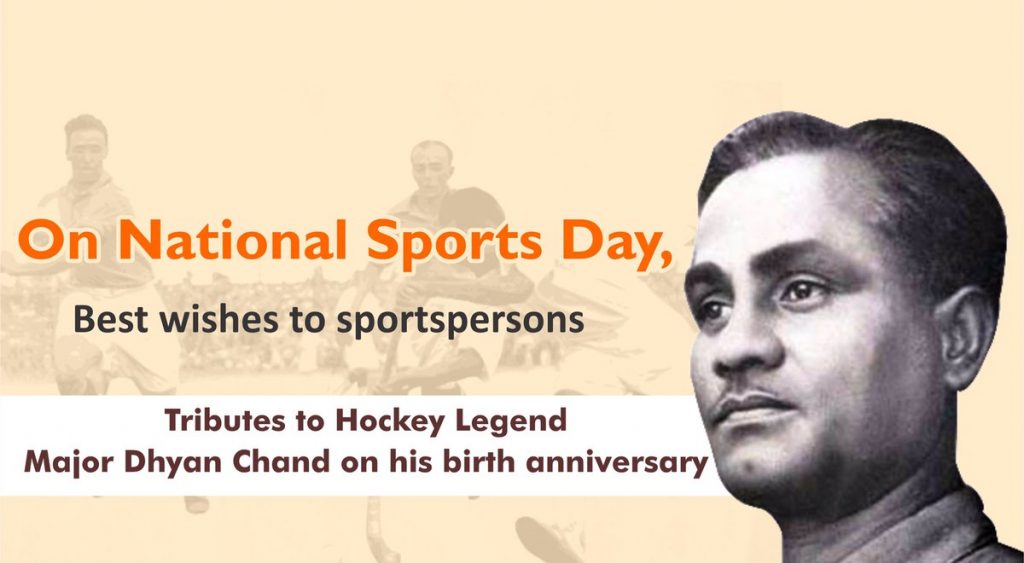 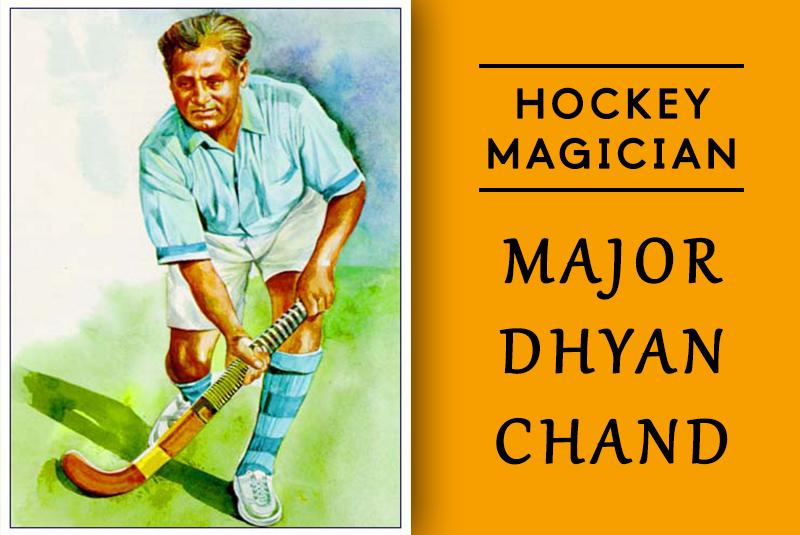 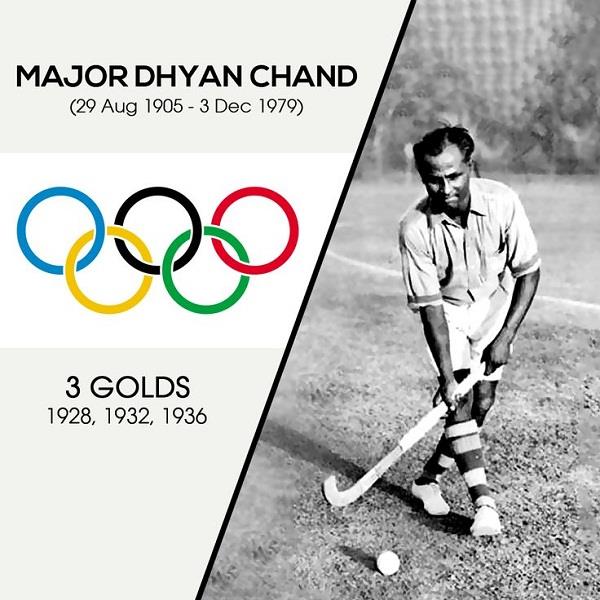 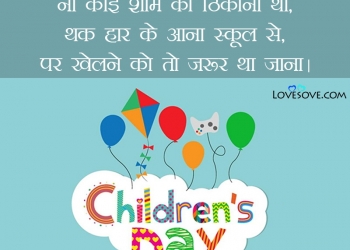 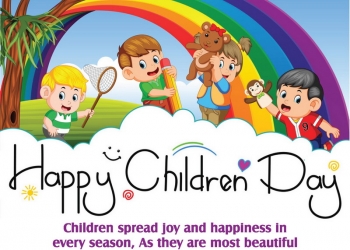 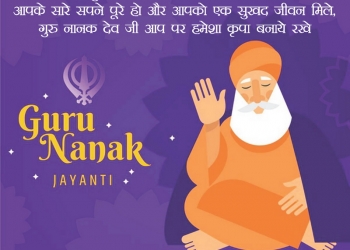 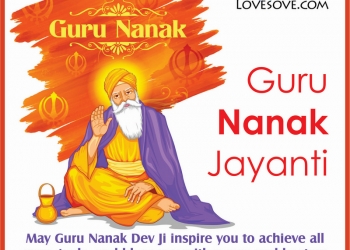 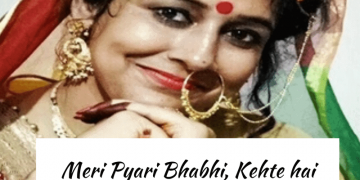