The International Day of Democracy is celebrated on September 15 every year since the resolution was passed on November 8, 2007 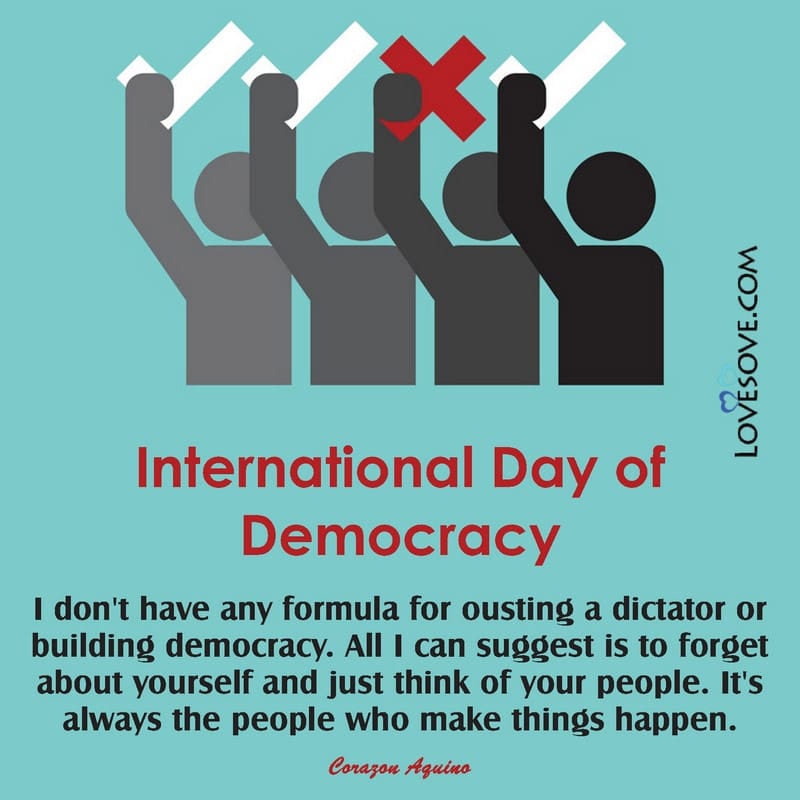 I don’t have any formula for ousting a dictator or building democracy. All I can suggest is to forget about yourself and just think of your people. It’s always the people who make things happen. Corazon Aquino 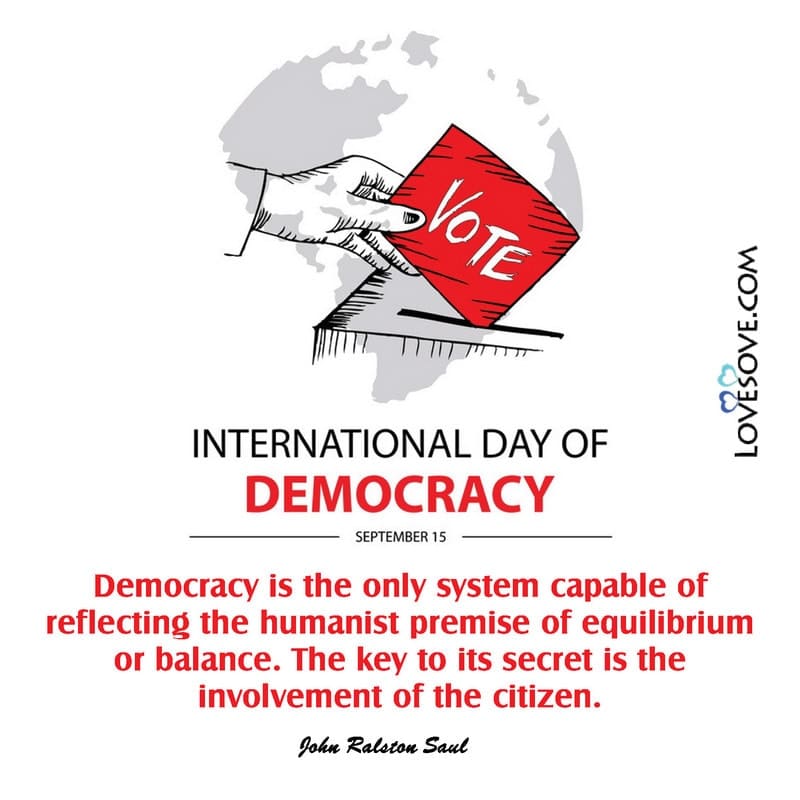 Democracy is the only system capable of reflecting the humanist premise of equilibrium or balance. The key to its secret is the involvement of the citizen. John Ralston Saul 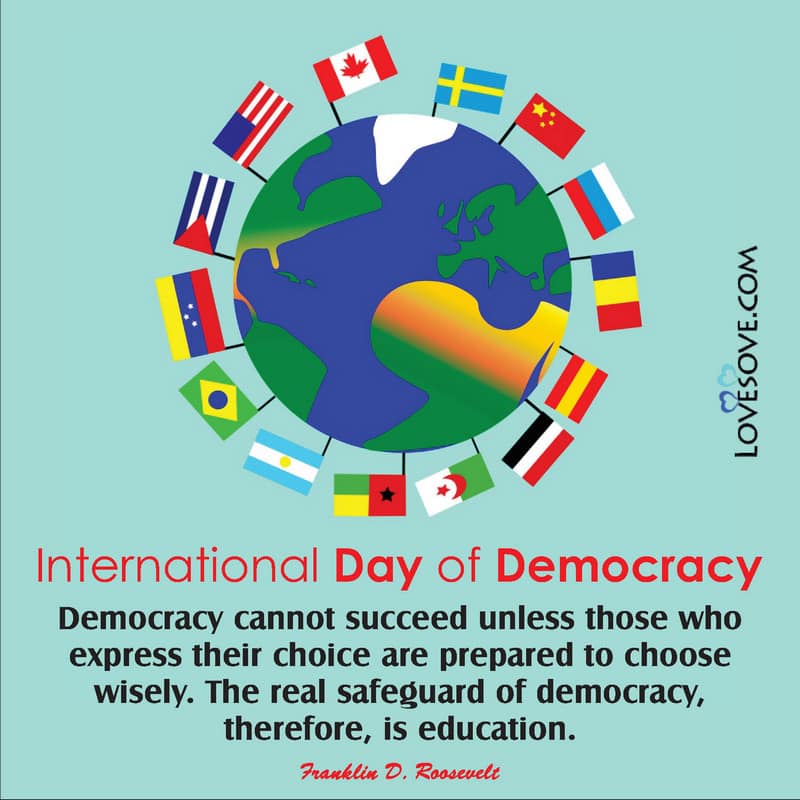 Democracy cannot succeed unless those who express their choice are prepared to choose wisely. The real safeguard of democracy, therefore, is education.  Franklin D. Roosevelt 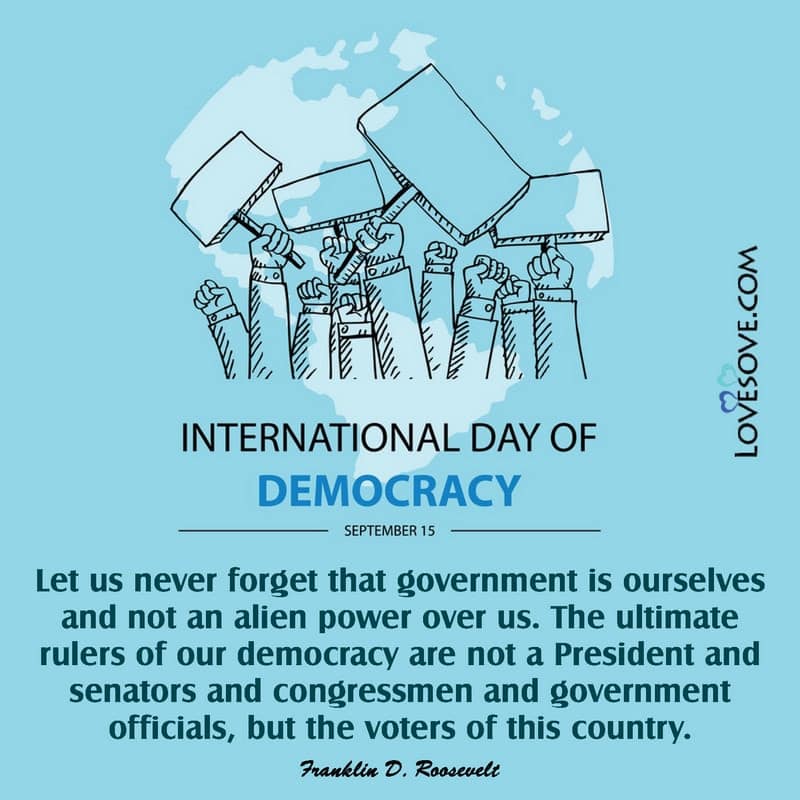 Let us never forget that government is ourselves and not an alien power over us. The ultimate rulers of our democracy are not a President and senators and congressmen and government officials, but the voters of this country. Franklin D. Roosevelt 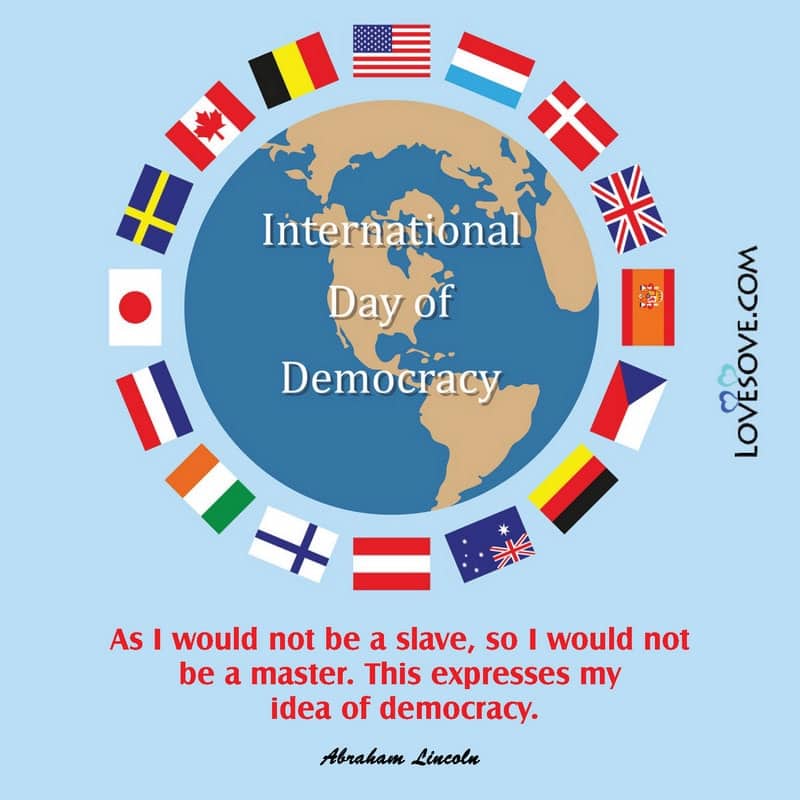 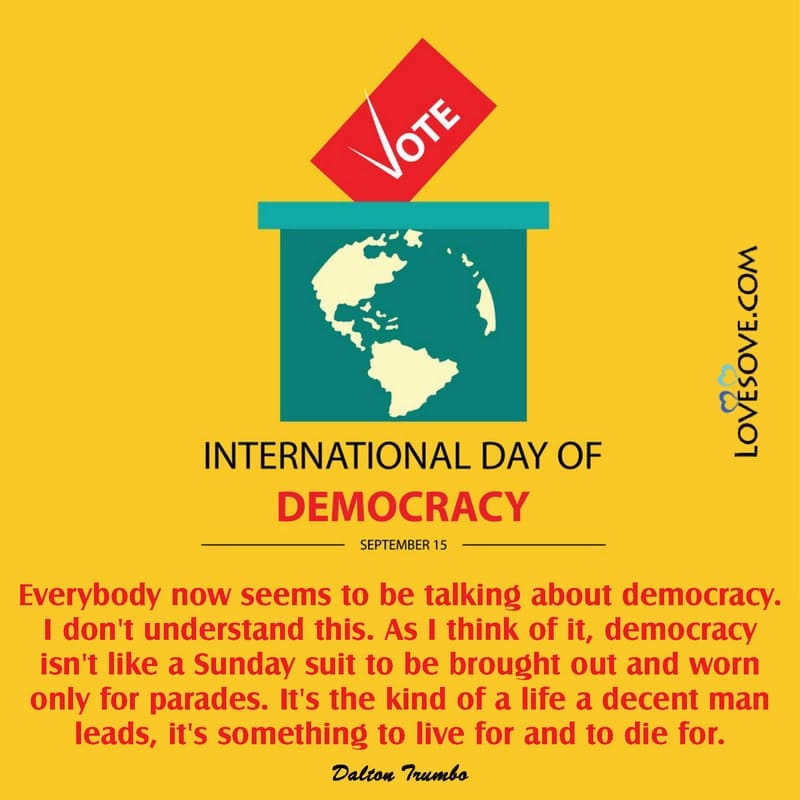 Everybody now seems to be talking about democracy. I don’t understand this. As I think of it, democracy isn’t like a Sunday suit to be brought out and worn only for parades. It’s the kind of a life a decent man leads, it’s something to live for and to die for. Dalton Trumbo 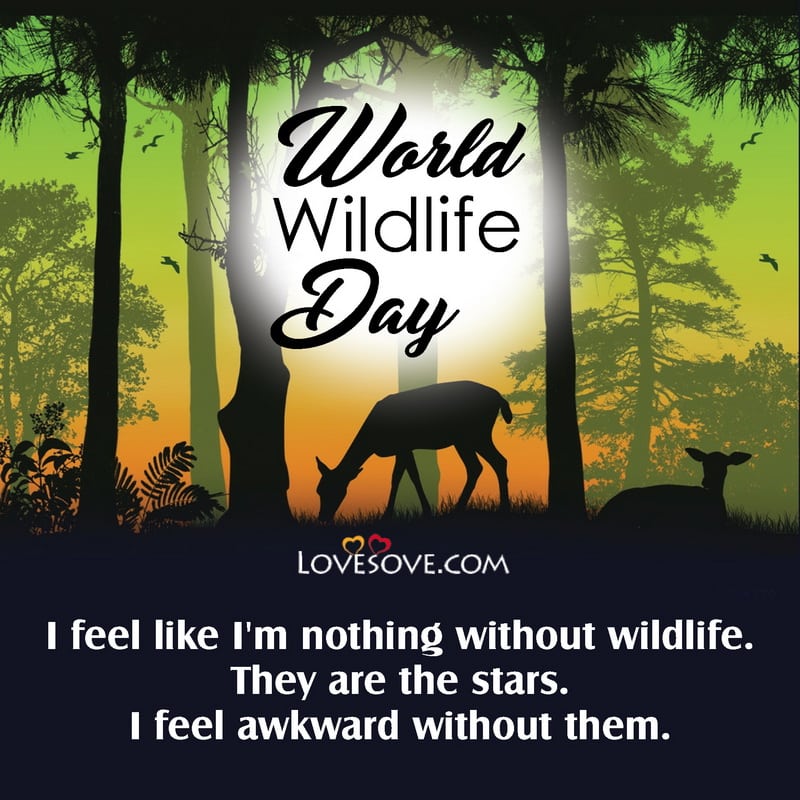 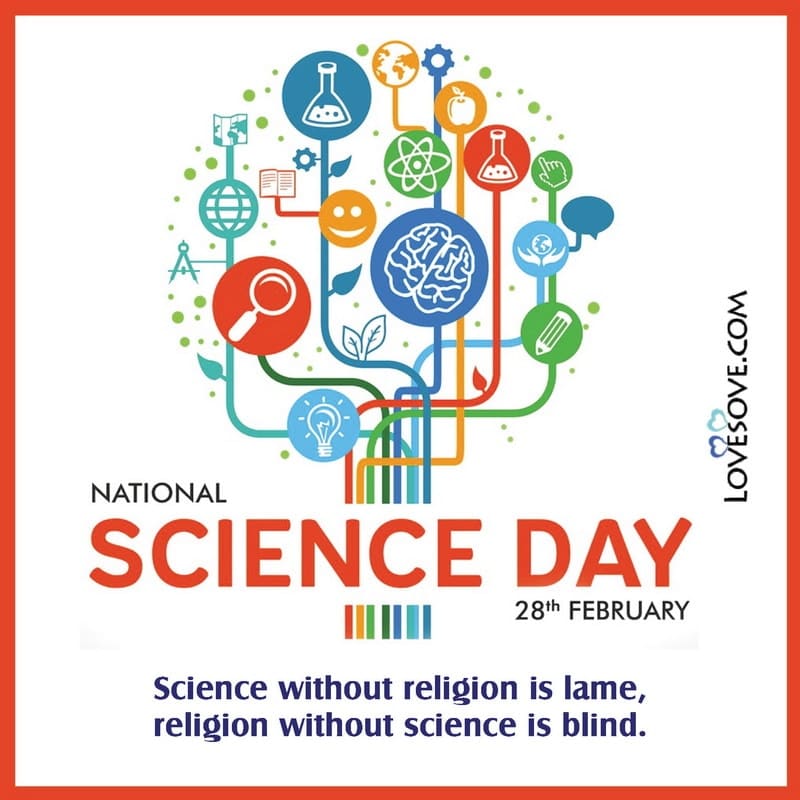 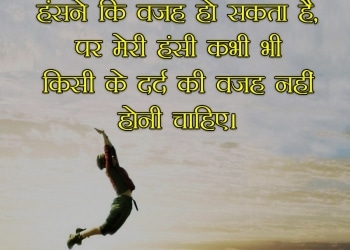 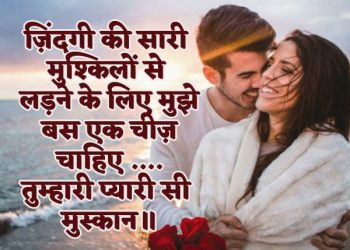