How Should Sleep With A Woman 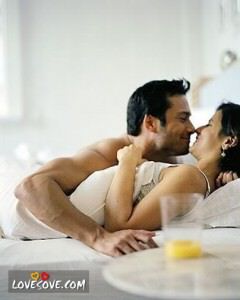 I’d imagine a number of men arrived here with the hopes of finding something lewd and explicit. You’ll have to forgive me, as the title is actually quite literal; this article is about sleeping in the same bed with a wife, girlfriend, whatever — as opposed to whatever naughtiness your mind was hoping for.

If you think the way you sleep next to a woman is insignificant, you’re one of many (men and women alike) who don’t realize how easily broken down a relationship can become when certain sleeping habits are exhibited. The way you wake up has a profound effect on how your subconscious perceives the person you’ve woken up next to. The way you sleep next to each other really says an awful lot about the true status of your relationship. The further apart you position yourselves, the directions you face, the body contact or lack thereof is very telling when it comes to evaluating the relationship.

Even if you love, love, love the person you’re with, and sleep a foot apart from them in bed, this can eventually take its toll, making the subconscious feel as though a couple is growing apart. I realize some people get overheated or can’t sleep when piled on top of another person. I am one of you, so don’t think I’m saying you have to cuddle all night long. You don’t. This is just a discussion on how certain positions can affect a relationship, and how less and less of a good thing can lead to emotional detachments. The fact is, most women need at least a marginal degree of contact in bed – and I’m not talking about that kind!

People who are mad about each other often do this. Not everyone, obviously, but many. This can take a variety of forms, but generally just means completely wrapped up around each other, regardless of the specific position. If you start out cuddling in the beginning of your relationship, and watch the frequency dwindle over a period of weeks, months and years, the subconscious takes note. You should try to maintain some degree of continuity, or the other person will (subconsciously) read this as a decline in interest. You don’t need a never-ending cuddlefest to do this, but you should make an effort to do it at least once or twice a week – maybe on weekends when you aren’t overwhelmed by work. It makes a difference, believe me.

I hate this word. I don’t know why, but I always have, and am cringing as I write it. But most people use it with some regularity, so I’m including the term for the purposes of this article. A lot of happy couples sleep this way, but some can’t take the heat – literally. That doesn’t mean you can’t do it for 5 or 10 minutes and then shift to something else. I get very hot from this and absolutely cannot sleep this way, but I don’t mind it initially.

This is me. I can only sleep on my stomach. This can pose a problem when a partner wants to be closer to you, but you can’t sleep any other way. Hand holding is helpful in this situation, but you could also resolve the feelings of distance by simply moving closer. Sometimes it’s enough to just brush up against someone while sleeping. The idea isn’t to feel like you’re slow dancing in bed – just to feel like you’re together.

Sleeping back to back.

This should be pretty obvious. If you’re both on your sides and facing opposite directions, that’s strong body language, even when asleep. Some people can only sleep on their sides, and some can only sleep on a certain side of the bed – but it’s rare that both people would have a need for this. To resolve the distance, whomever is comfortable switching sides, should do so; this will result in both people facing each other, which is a better alternative.

Don’t laugh – this is a really, really good alternative when you can’t stand being too close to someone for whatever reason. Holding hands does not emit an exorbitant level of heat, and it doesn’t require being piled on top of another person. If you’re someone who needs space, this is a good way of maintaining it, but still letting your partner know you want to be there with them. Obviously, you’re not going to be holding hands when you wake up, but that’s ok.

Things you shouldn’t expect her to do.

There are exceptions to every rule, but the way a couple sleeps together can determine how long they stay together. Even if you’re perfectly happy, inadvertently putting distance between you and her can create problems where none would have existed otherwise. The worst thing about it, is it’s all subconscious – which makes it incredibly difficult to resolve. If you at least make an effort to maintain some kind of physical contact as mentioned here, that’s just one less problem you have to work out in the future.

Date someone who will sit down with you

“Date someone who will sit down with you & say let’s fix ...

Top 10 flirting tips 10. Flirting is all about attitude. A good flirt is self-confident ...

Indian Army Day WhatsApp Status  It’s the love for the country and people of the country that ... 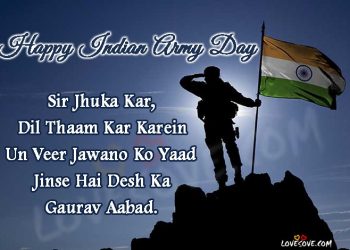